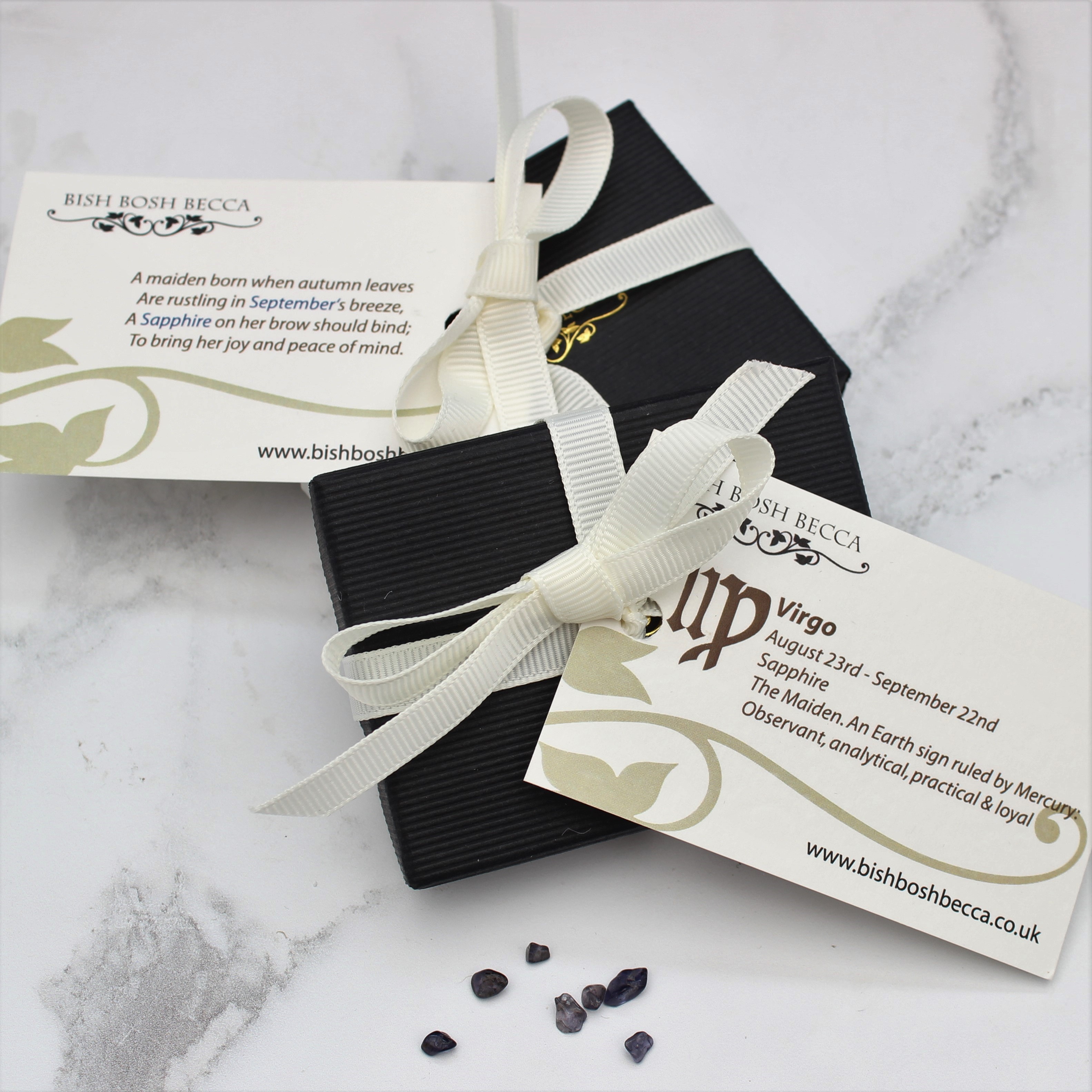 There is so much history and folklore connected with Sapphires I could go on for ever. But in an attempt to keep it short here are the highlights.

Sapphire is one of the two gem-varieties of corundum. Although blue is the best-known sapphire colour, they occur in others, including grey and black, and they can be colourless. A pinkish orange variety of sapphire is called padparadscha. However they can never be red, otherwise they would be rubies.

Cultures all around the world have revered the gorgeous blue sapphire as a sacred stone. Ancient Greeks wore this gemstone at Delphi when meeting with the oracle to seek knowledge about their future. Ancient Indians offered the sapphire to the gods to curry favor and align their astrological fortunes. In medieval times, the sapphire represented celestial holiness and faith. The sapphire gemstone also has significant meaning in the Bible. It is believed that the commandments were engraved on tablets of sapphire. (either they had very small writing, macro technology or that was one impressive sapphire!)  Buddhists also revere the sapphire as a calming presence that facilitates prayer, meditation and spiritual enlightenment.

Handy tip- You can tell whether it is a genuine sapphire by taking your sapphire and breathing on it to fog it up. Count how long it takes for the fog to start fading and how long until the fog is totally gone. Natural gems should clear up in just one or two seconds, but created sapphires may take closer to five seconds to clear up.

As well as being the birthstone for September, it is also the traditional gift for a 45th wedding anniversary, whereas a sapphire jubilee is 65 years.